Would you like to switch to the accessible version of this site?

Don't need the accessible version of this site?

The Power Which Made the Body, Heals the Body 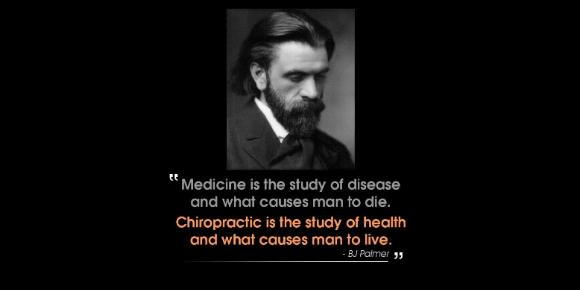 Chiropractic is a manual/physical medicine or therapy. The underlying intention is to increase the function of your nervous system via manipulation of the spine & other joints.  In the beginning 1985, it did not help that the founder of the modern chiropractor, D.D.Palmer initially called himself a "magnetic healer".  (But keep in mind that medical doctors were still discussing the effectiveness of "blood letting" into the 20th century & was recommended in the 1923 edition of the textbook The Principles and Practice of Medicine)
Your Chiropractor & Lowering Your High Blood Pressure
Palmer was also quoted as saying: " The Power which made the body, heals the body." Which makes the Chiropractor a mediator of sorts for your health.  in 2007 the Chicago School of Medicine did a clinical double blind study on the effects of one chiropractic adjust to C1 (which surrounds the brain stem) & its effect in lowering high blood pressure.  The results were: 1. the Chiropractic adjustment was as effective in lowering high blood pressure (17pts) as two high BP medicines. 2. the effect was still seen months later at the conclusion of the study. 3. there was no placebo effect which perplexed the researchers. (none of the study participants had ever had seen a chiropractor prior to this study.)

We look forward to hearing from you